Net Monetary Base vs Inflation (spread)
The growth of the Net Monetary base (M0 minus excess reserves) over inflation is safely in positive territory with a reading of 424. This is an increase from last month's reading of 409 but is still way above the historical average of 255. The last six months have seen the spread nearly double in size, which indicates that 2011-Q1 GDP growth is likely to be substantial.

Inflation, however, is increasingly evident in numbers just released. Although February saw an annual inflation increase of 2.2%, the annualised monthly figure was 6.6%. I predicted recently that February inflation was going to be be "big" and it was. This was because early M0 figures showed an annualised monthly growth of over 97%. Once excess reserves were taken into account, the net monetary base increased by an annualised 15.4%. 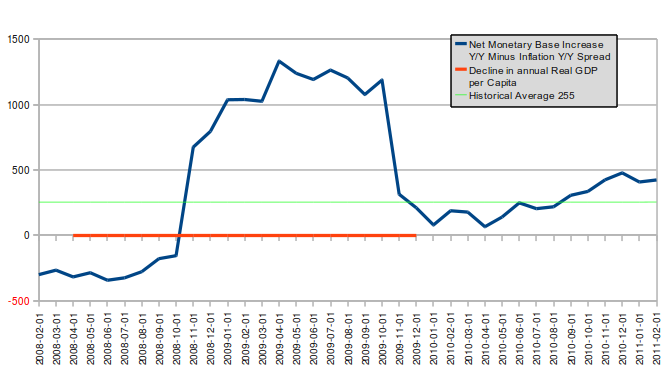 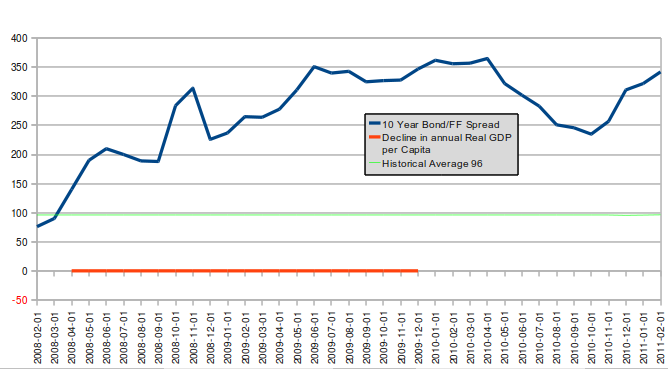 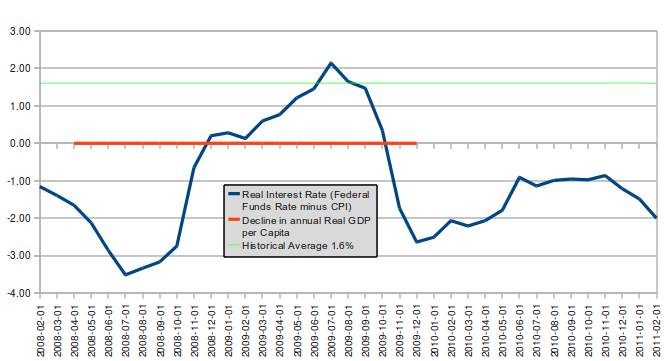